The heart and soul of Nege & Ju are the passionate and exuberant young team led by Executive Chef Ravi Shukla. Chef Ravi embodies the playfulness of the restaurant's core concept. Cheerful, curious, innovative, and a stickler for detail - he has spent 9 months carefully crafting and perfecting the menus. He credits his scientific bent of mind and his training and experiences at the Oberoi Group for grounding him in the very basics of culinary science. Conscious of questioning why, how and what goes into every dish, and a strong belief that food has no rules or boundaries, Chef Ravi and his band of chefs have created an ingredient forward, minimalist menu.

Chef credits his fondness for getting into the depth of every subject for having deeply influenced and developed his brand of cooking. He envisions each dish to be an experience, not just a mouthful of food. Not only does every ingredient on the plate have a specific reason for being there, but there is a consciousness of sustainability, of respecting the abundance of produce in India an elevating it with nuanced, global flavours. 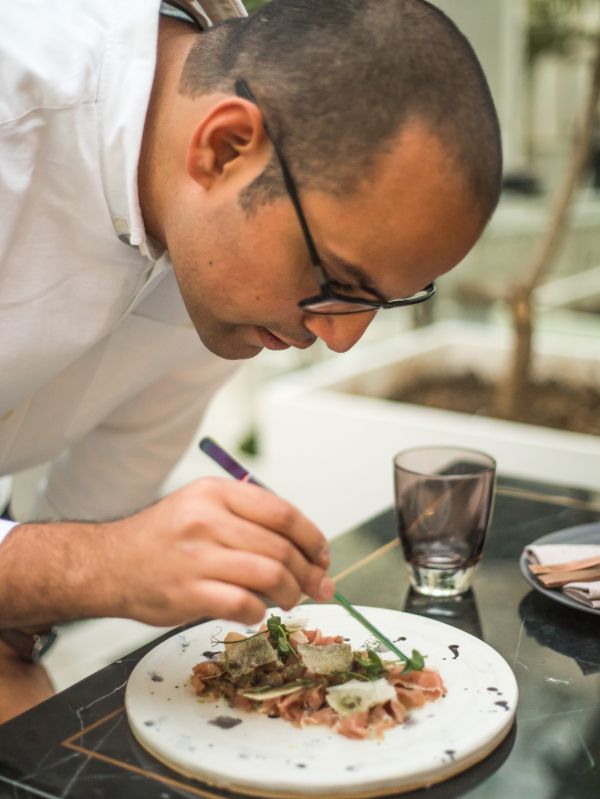 Chef Ravi believes his team is his strength, and the camraderie and laughter echoing through the kitchen, and amongst the service team is testament to the rapport and bond they all share. He has handpicked his sous chefs from different kitchens around the country, and collectively they have all spent a better part of a year developing menus and a bank of ideas. The kitchen is run by his team of talented sous chefs - one European, one Asian and the pastry chef.